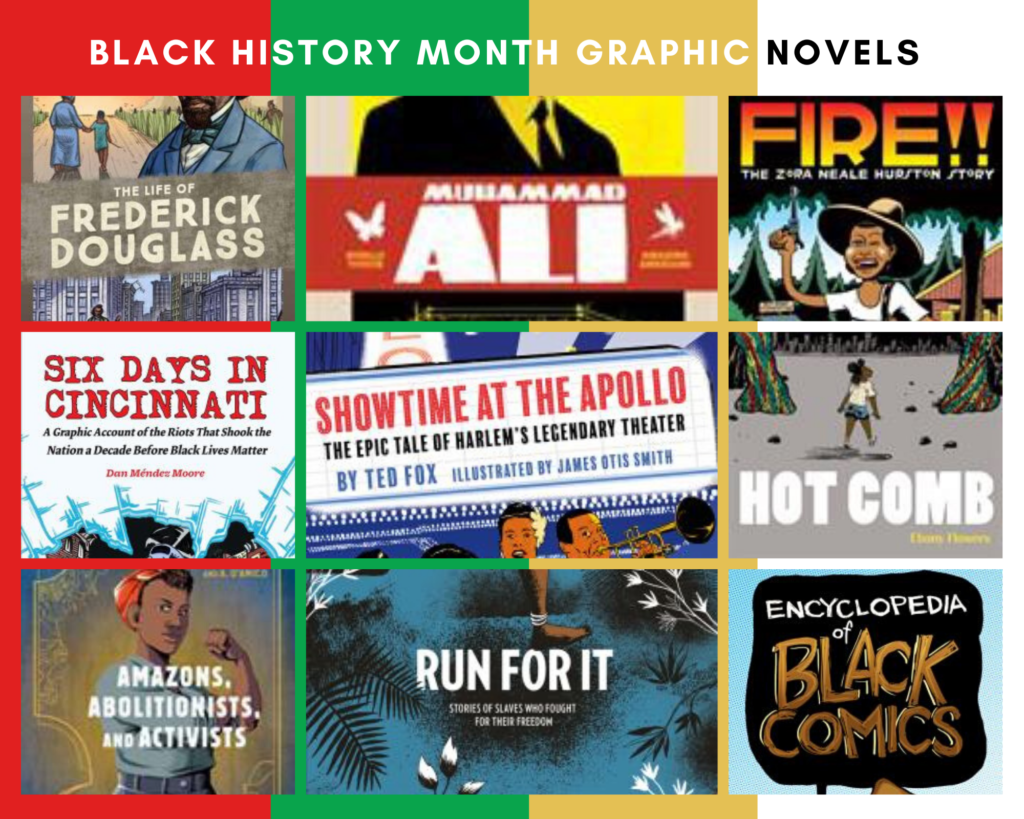 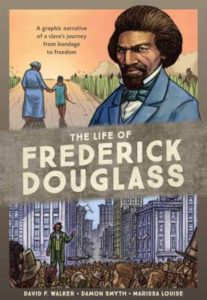 The Life of Frederick Douglass by David Walker

A graphic novel biography of the escaped slave, abolitionist, public speaker, and most photographed man of the nineteenth century, based on his autobiographical writings and speeches, spotlighting the key events and people that shaped the life of this great American. Recently returned to the cultural spotlight, Frederick Douglass’s impact on American history is felt even in today’s current events. 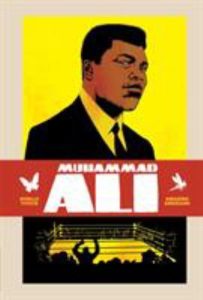 Cassius Clay is a kid who rushes into boxing by accident, following the theft of his bike. Clay becomes Muhammad Ali, and his talent for the sport is proven when he wins an Olympic Gold Medal. The World Heavyweight Champion never takes a hit without fighting back. Civil Rights activist, contemporary of Martin Luther King, Jr. and Malcolm X, Ali is one of the greatest icons of the twentieth century. 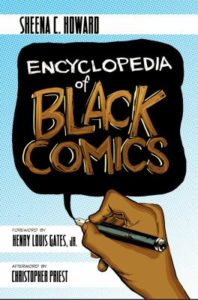 The Encyclopedia of Black Comics focuses on people of African descent who have published significant works in the United States or have worked across various aspects of the comics industry. The book focuses on creators in the field of comics: inkers, illustrators, artists, writers, editors, Black comic historians, Black comic convention creators, website creators, archivists and academics–as well as individuals who may not fit into any category but have made notable achievements within and/or across Black comic culture. 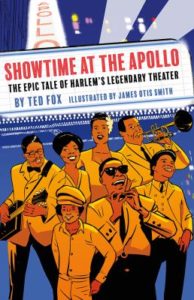 Showtime At The Apollo: The Epic Tale of Harlem’s Legendary Theater by Ted Fox

Writer Ted Fox and artist James Otis Smith bring to life Harlem’s legendary theater in this graphic novel adaptation of Fox’s definitive, critically acclaimed history of the Apollo. Since its inception as an African-American theater in 1934, the Apollo, and the thousands of entertainers who performed there, have led the way in the presentation of swing, bebop, rhythm and blues, jazz, gospel, soul, funk and hip-hop-along with the latest in dance and comedy. The Apollo has nurtured and featured thousands of artists, many of whom have become legends. The beauty they have given the world-their art-transcends the hatred, ignorance, and intolerance that often made their lives difficult. Today, the Apollo enjoys an almost mythical status. With its breathtaking art, this graphic novel adaptation of Showtime at the Apollo brings to life the theater’s legendary significance in music history, African American history, and to the culture of New York City. 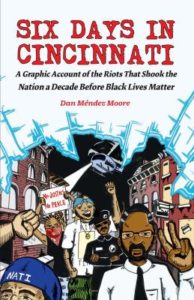 This is the graphic history of the 2001 Cincinnati riots, told for the first time from the perspective of the participants. When Timothy Thomas, a 19 year old black man, was fatally shot by police, the city broke out into nonviolent civil disobedience that was met with further police violence. This was the first major uprising of the 21st Century, matched only the LA riots a decade before and the protests in Ferguson over a decade later. Six Days in Cincinnati is an all-American story of systemic racism and the power of popular movements, more relevant today than ever before. 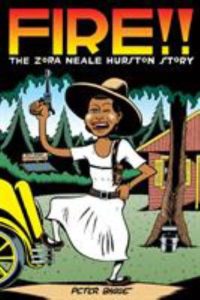 Hurston challenged the norms of what was expected of an African American woman in early 20th century society. The fifth of eight kids from a Baptist family in Alabama, Hurston’s writing prowess blossomed at Howard University, and then Barnard College, where she was the sole black student. She arrived in NYC at the height of the Harlem Renaissance and quickly found herself surrounded by peers such as Langston Hughes and Wallace Thurman. Hurston went on to become a noted folklorist and critically acclaimed novelist, including her most provocative work Their Eyes Were Watching God. Despite these landmark achievements, personal tragedies and shifting political winds in the midcentury rendered her almost forgotten by the end of her life. With admiration and respect, Bagge reconstructs her vivid life in resounding full-color. 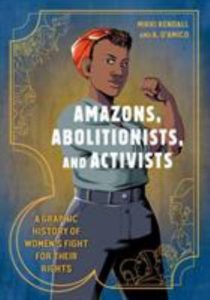 A bold and gripping graphic history of the fight for women’s rights The ongoing struggle for women’s rights has spanned human history, touched nearly every culture on Earth, and encompassed a wide range of issues, such as the right to vote, work, get an education, own property, exercise bodily autonomy, and beyond. Amazons, Abolitionists, and Activists is a fun and fascinating graphic novel-style primer that covers the key figures and events that have advanced women’s rights from antiquity to the modern era. In addition, this compelling book illuminates the stories of notable women throughout history–from queens and freedom fighters to warriors and spies–and the progressive movements led by women that have shaped history, including abolition, suffrage, labor, civil rights, LGBTQ liberation, reproductive rights, and more. Examining where we’ve been, where we are, and where we’re going, Amazons, Abolitionists, and Activists is an indispensable resource for people of all genders interested in the fight for a more liberated future. 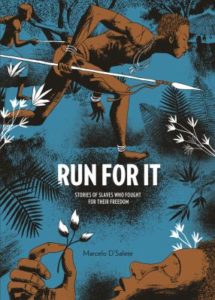 Run For It by Marcelo Salete

Run for It–a starkly stunning graphic novel by internationally acclaimed illustrator Marcelo d’Salete–is one of the first literary and artistic efforts to confront Brazil’s hidden history of slavery. Seen through the eyes of its victims, Run for It tells of ordinary slaves who rebel against their masters. Run for It’s vivid illustrations and magical realism engage the reader’s poetic imagination through stories of individual suffering caused by the horrors of slavery. Originally published in Brazil–where it was nominated for three of the country’s most prestigious comics awards–Run for It has received rave reviews worldwide. These intense tales offer a tragic and gripping portrait of one of history’s darkest corners. It’s hard to look away. 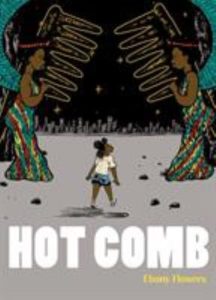 Hot Comb offers a poignant glimpse into Black women’s lives and coming of age stories as seen across a crowded, ammonia-scented hair salon while ladies gossip and bond over the burn. The titular story “Hot Comb” is about a young girl’s first perm–a doomed ploy to look cool and to stop seeming “too white” in the all-black neighborhood her family has just moved to. In “Virgin Hair” taunts of “tender-headed” sting as much as the perm itself. It’s a scenario that repeats fifteen years later as an adult when, tired of the maintenance, Flowers shaves her head only to be hurled new put-downs. Realizations about race, class, and the imperfections of identity swirl through Flowers’ stories and ads, which are by turns sweet, insightful, and heartbreaking.