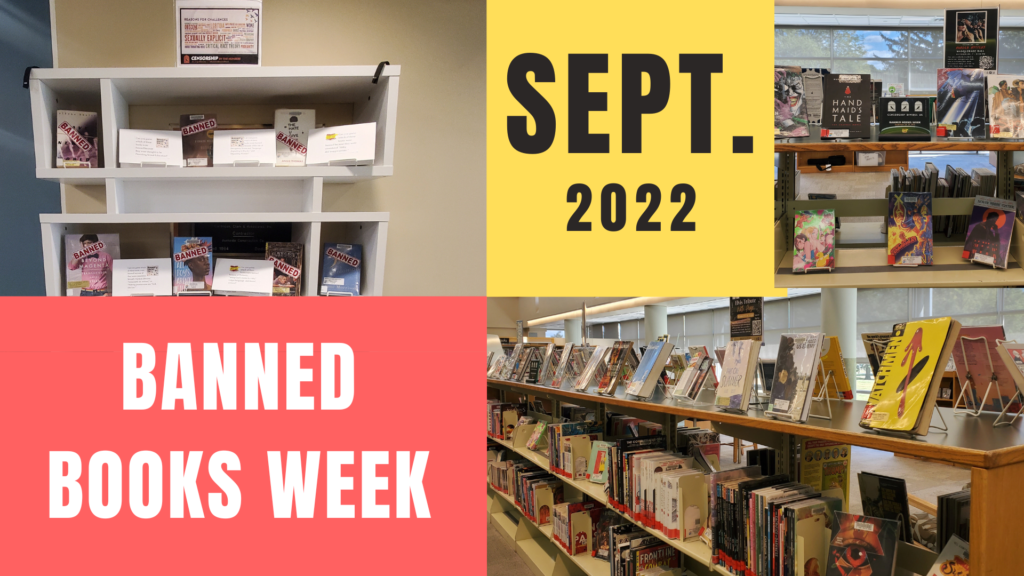 Last week (September 18 – 24) was Banned Books Week, and each day we highlighted a title on Facebook of a book on the list. Inside the library we also have displays of banned books up for you to browse and check out. We got the reasons for the books being banned from Reader’s Digest website, which can be found here. ALA (American Library Association) also has a top 10 list of banned books here. Find the full list of what we posted on Facebook below. You can also find Banned Books on our ebook Overdrive platform here. 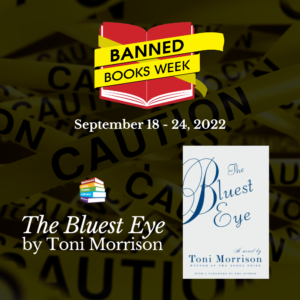 The Bluest Eye by Toni Morrison: “Toni Morrison’s 1970 bestseller is also one of the best short books in our collection. In 1994, the book was banned in Alaska and Pennsylvania schools for graphic descriptions and offensive language.” – Reader’s Digest

Find The Bluest Eye in our Catalog here 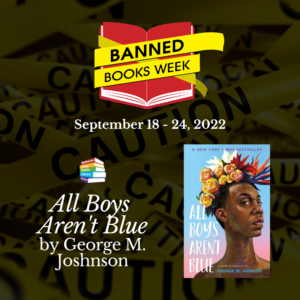 All Boys Aren’t Blue by George M. Johnson: “The collection of personal essays chronicles George M. Johnson’s experience as a queer Black person in the United States. Of course, honest descriptions of gender identity, racism and queer love have raised the hackles of those who advocate for banning books with sensitive content.” – Reader’s Digest

Find All Boys Aren’t Blue in our Catalog here

Where’s Waldo? by Martin Handford: “While readers were searching for Waldo after the book was originally published in 1987, they spotted something: a partially topless woman sunbathing in a beach scene. People complained, and the book landed among the top 100 most banned books in America between 1990 and 2000.” – Reader’s Digest 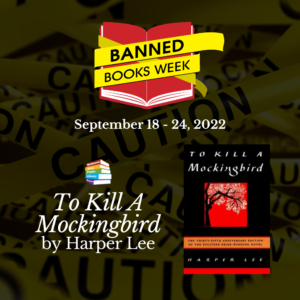 To Kill a Mockingbird by Harper Lee: “Advocates of banning the book argue that its issues with racism and sexuality aren’t suitable for young readers. Their stance hasn’t affected the popularity of the book (or its movie adaptation)—it’s widely considered one of the greatest books of all time. It is the fourth most challenged or banned classic book in the United States” – Reader’s Digest

Find To Kill A Mockingbird in our Catalog here 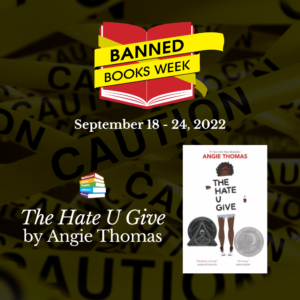 The Hate U Give by Angie Thomas: “Unsettling depictions of police brutality, violence and racism have led some to ban The Hate U Give from classrooms and libraries. Despite (and perhaps because of) these heartbreaking scenes, the book is worth a read—especially if you’re starting a book club.” – Reader’s Digest

Find The Hate U Give in our Catalog here 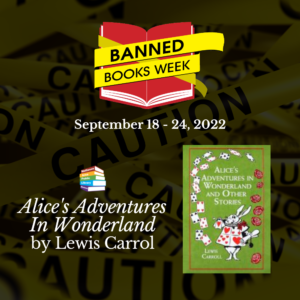 Alice’s Adventures in Wonderland by Lewis Carroll: “It’s obvious why some parents might feel bewildered by this nonsensical book. But is its psychedelic-like prose worth banning? In 1931, the governor of China’s Hunan province thought so. He believed it was “disastrous to put animals and human beings on the same level,” as the book does.” – Reader’s Digest

Find Alice’s Adventures In Wonderland in our Catalog here 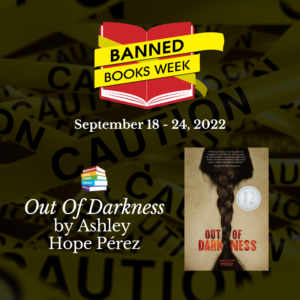 Out of Darkness by Ashley Hope Pérez: Ashley Hope Pérez’s 2015 young adult novel Out of Darkness has landed on many a list of banned books for its graphic depictions of teen sex. Of course, this passionate romance novel between a Mexican American girl and a Black boy in 1930s Texas also covers important, complex topics like segregation, rape and forbidden love.” – Reader’s Digest

Find Out of Darkness in our Catalog here