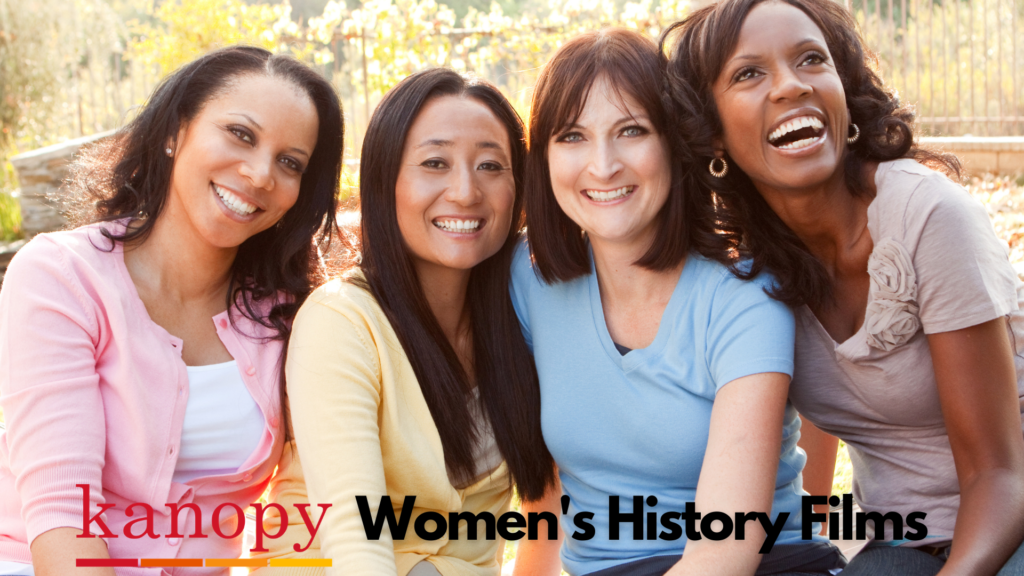 Wonder Women – We are pleased that the critically acclaimed, now classic film, WONDER WOMEN! THE UNTOLD STORY OF AMERICAN SUPERHEROINES is now available in our collection. From the birth of the 1940s comic book heroine, Wonder Woman, to the blockbusters of today, WONDER WOMEN! looks at how popular representations of powerful women often reflect society&#39;s anxieties about strong and healthy women. The film goes behind the scenes with actors Lynda Carter (Wonder Woman) and Lindsay Wagner (the Bionic Woman), comic writers and artists, and real-life superheroines such as feminist icon Gloria Steinem, riot grrrl Kathleen Hanna, and others, who offer an enlightening and entertaining counterpoint to the male-dominated superhero genre. WONDER WOMEN! traces the fascinating birth, evolution and legacy of Wonder Woman and introduces audiences to a dynamic group of fictional and real-life superheroines fighting for positive role models for girls, both on screen and off.

Code Girl – Join high school-aged girls from around the world as they try to better their community through technology and collaboration in this thrilling, heartfelt documentary. By 2017, the app market will be valued at $77 Billion. Over 80% of these developers are male. The Technovation Challenge aims to change that by empowering girls worldwide to develop apps for an international competition. From rural Moldova to urban Brazil to suburban Massachusetts, CODEGIRL follows teams who dream of holding their own in the world&#39;s fastest-growing industry. The winning team gets $10K to complete and release their app, but every girl discovers something valuable along the way.

Mary Lou Williams: The Lady Who Swings the Band – She was ahead of her time, a genius. During an era when Jazz was the nation’s popular music, Mary Lou Williams was one of its
greatest innovators. As both a pianist and composer, she was a font of daring and creativity who helped shape the sound of 20th century America. And like the dynamic, turbulent nation in which
she lived, Williams seemed to redefine herself with every passing decade.

Recorder: The Marion Stokes Project – For over 30 years, Marion Stokes obsessively and privately recorded American television news twenty-four hours a day. A civil rights-era radical who became fabulously wealthy and reclusive later in life, her obsession started with the Iranian Hostage Crisis in 1979–at the dawn of the twenty-four hour news cycle. It ended on December 14, 2012 as the Sandy Hook massacre played on television while Marion passed away. In between, Marion filled 70,000 VHS tapes, capturing revolutions, wars, triumphs, catastrophes, bloopers, talk shows and commercials that show us how television shaped the world of today and in the process tell us who we were.

Josephine Baker – A tender, revealing documentary about one of the most famous and popular performing artists of the 20th century. Her legendary banana belt dance created theatre history; her song “J’ai deux  amours” became a classic, and her hymn. The film focuses on her life and work from a perspective that analyses images of Black people in popular culture. It portrays the artist in the mirror of European colonial cliches and presents her as a resistance fighter, an ambulance driver during WWII, and an outspoken activist against racial discrimination involved in the worldwide Black Consciousness movement of the 20th century.